Mar 10 / Dynamo Jakk
Tax is one of the key revenue generation tools that any government has. Governments use their tax regimes to generate revenue that can then be used for public welfare or to pay off debt. Developed nations use the tax revenue for public spending such as health, education, law and order. Developing nations also use their tax revenue for this purpose but a chunk of their tax also goes towards paying off internal and external debt.

Taxation is also a way to control the level of spending in a society. Governments frequently use the fiscal policy to increase or decrease the tax rates in order to meet revenue targets and control the rate of savings or spending in an economy.


Paying the taxes on time is by law the duty and obligation of every citizen. We must all pay our taxes diligently in order to be a functional citizen of this society. There are mainly two types of taxes in terms of tax payment. The tax that we have to pay ourselves such as income tax and the tax that is deducted at source i-e included into the price of the goods we purchase such as VAT or GST. These can be termed as:

Indirect taxes are those that are levied on one party but transferred to another usually the end consumer. GST or VAT are prime examples of indirect taxes, as these taxes are primarily levied on the producers or sellers but are transferred by the producers or sellers to the end consumer. So that if a product costs $10 after 2% VAT then the producer or the seller keeps $8 and pays back the $2 to the government.

What is Tax Evasion

Some common instance of tax evasion are:

1 Intentionally not declaring the income to prevent tax liability

6 Using business assets for personal usage without any purpose

Tax evasion is a widespread activity that people unfortunately indulge in across the world. It is one of the main reasons why governments have to actively carry out risk assessment to identify and determine instances of tax evasion.

The Panama Papers revelation carried out by ICIJ brought to light the true extent of tax evasion that is carried out across the world. The Panama papers and subsequent revelations revealed that corporations, businessmen and government officials engage in tax evasion. They use their power, status and position to influence and override local laws in order to launder the money illegally to tax free safe havens such as the British Virgin islands and Cayman islands.

The Panama papers revelation triggered the governments to reflect upon the existing tax laws and replace them with stricter laws in order to minimise the incidence of tax evasion.

Walter Anderson is remembered as the biggest tax evasion case in the history of the United States. Walter Anderson was an entrepreneur in the telecommunications sector in the early 2000`s. Mr. Anderson created a network of shell companies, offshore companies, false aliases and fake bank accounts and other fraudulent activities in order to hide his wealth.
Walter did all this in order to avoid the payment of up to $200 million in taxes to the U.S government. Anderson pleaded guilty in 2006 and accepted that he tried to hide over $365 million of his earnings. The court sentenced him for up to nine years in jail and fined him to pay up to $400 million however call it luck, a coincidence or something else, a typographical error in the verdict has prevented Mr. Anderson from paying back most of the tax liability and fines.

The creator of “Girls Gone Wild”, Joe Francis has been involved in tax evasion on account of fraudulently misreporting corporate earnings in order to pay a lower amount of tax. Joe Francis evaded taxes up to the tune of $20 million by fraudulently claiming tax expenses that the business was not incurring. The IRS filed a lien against Joe Francis in 2008 to claim back taxes of up to $32 million.

What is Tax Avoidance

In order to avoid the tax payable, one may need to avail the services of a qualified tax practitioner or know the loopholes and the ins and outs of the tax regime otherwise any wrong step can take one from avoiding taxes which is a legal activity into the realm of tax evasion which is an illegal activity. 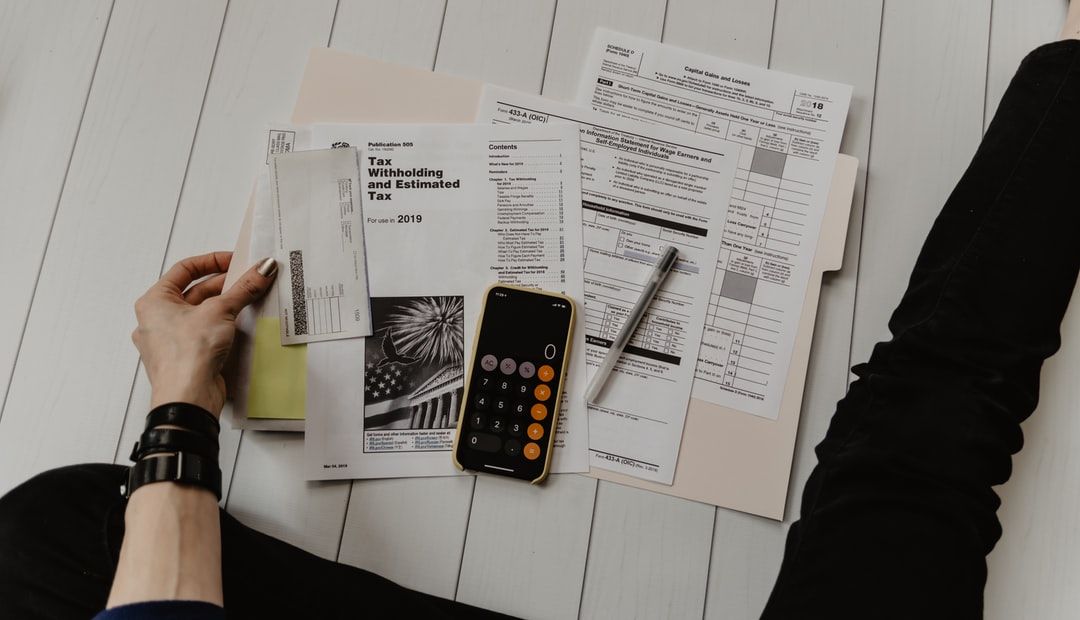 A perfectly legal way to avoid paying federal and estate taxes on your assets is to transfer your assets to a trust. Using credit trusts as shelters to avoid tax on assets or on the inheritance left behind for your loved ones is not just for the super-rich but it can also work out for you if you have got moderately high value assets that make you eligible for inheritance or estate taxes.

The payment of estate taxes can be avoided simply by setting up a trust and transferring the assets to the trust. The trust keeps the assets for a predetermined time after which they are transferred to the beneficiaries.

According to current estate tax laws, for a single spouse there is an exemption from estate taxes for net value up to $11.8 million and for both spouses this value doubles up. This means that anyone having net assets valued under this limit, will have exemption from estate taxes and will therefore not need to create a trust. However anyone having net value in assets above this limit need to create a trust as a tax shelter.

When a person creates a trust and transfers the assets into that trust, the assets cease to be in that person's name and therefore they no longer have to pay any tax.

By transferring the savings into a 401(K) or an IRA account, an individual may legally avoid the payment of tax in the present. The law allows individuals who transfer their earning into IRAs or 401(K) to not pay any tax on their savings. Instead this income or saving is taxed when they withdraw the savings from the IRA or 401(K) in future either before or after retirement. This allows individuals to not pay taxes in the present and hope that tax rates will reduce in future so that they have to pay lower taxes. This is a legal way to avoid taxes. 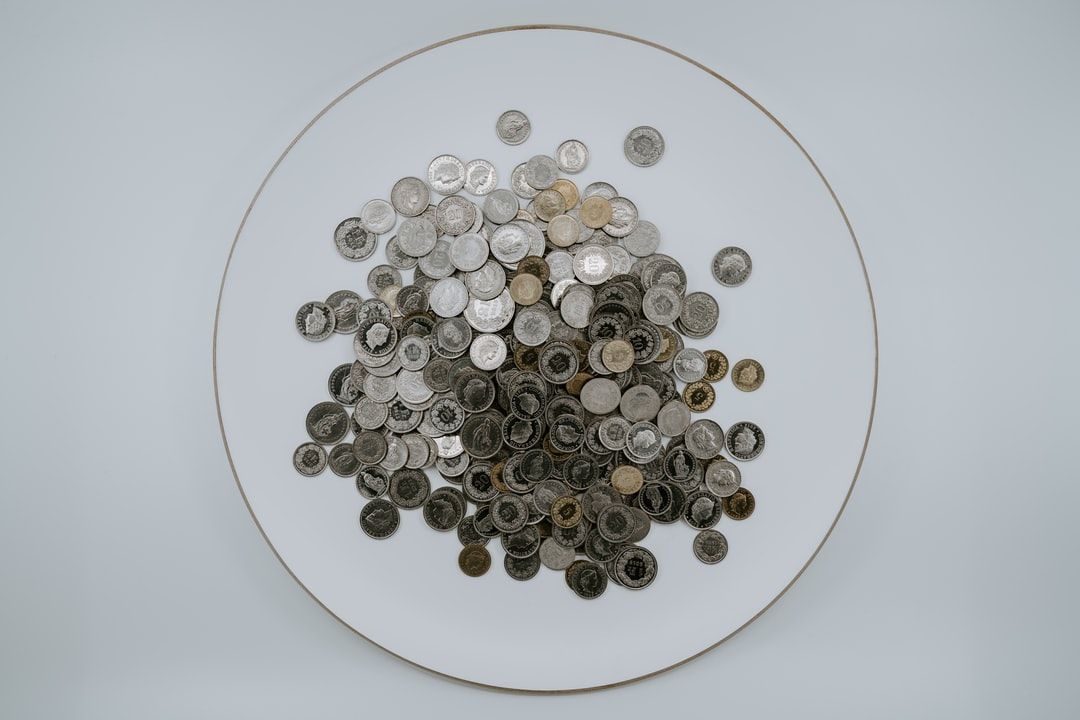 In order to incentivise investment governments sometimes create special industrial zones that are exempt from the payment of taxes for a number of years. If a business fulfills the eligibility criteria to be in such a tax exempt zone, then by investing or relocating into such a zone would bring the business under the tax exempt category and the business will legally be exempt from the payment of any taxes for the specified number of years.

Governments may also announce tax holidays for a number of products and services in order to incentivise local and foreign investment into the specified sectors. Products and services that fall under the tax holiday scheme will therefore have reduced prices as they no longer have the tax burden upon them. Tax holidays can be announced for any sector. Governments may announce tax holidays before the commencement of the academic year on school supplies so that students can purchase school supplies at low rates.
Similarly many governments around the world have tax holidays upon renewable energy resources and equipment import, export and trade. This move is meant to incentivise investment of renewable energy green products.
Under the current circumstances governments have declared tax holidays for the pharma sector and the companies that are developing vaccines and drugs to cure and treat Covid-19.
Hopefully the difference between tax evasion and tax avoidance is clear now. Evasion is illegal and almost always harmful for the society because while the ordinary people pay their taxes in order to share their part of the social burden the rich may simply not pay anything at all and therefore not contribute towards the society whereas avoidance of taxes is a legal activity that may at times may also benefit the government and the society.
NOTICE: This treatise constitutes neither the practice of law, nor the giving of legal advice, Information served herein is for informational and educational purposes only. Author does not consent to unlawful action. Author advocates and encourages one and all to adhere to, support and defend all LAW which is particularly applicable. You are responsible for yourself and your own actions. If you act on what you do not understand and cannot support through knowledge and ability, any adverse consequences you may experience are entirely a product of your own doing/omissions. If anything in this presentation is found to be in error a good faith effort will be made to correct it in timely fashion upon notification. VOID where prohibited by law.