How to Become a Secured Party Creditor

Apr 16
Let's begin with a scary fact! Any citizen of the United States, conferred with the status "Citizen", is actually just a servant/slave of the state. Even when one is called a "sovereign citizen", it is like handing a homeless man a meal with one hand and taking it with the other. The American citizen is bound by certain duties; to pay taxes, mortgage and incur debts that she may never be able to pay up in a lifetime.

It never stops. The average American citizen is enslaved as a child. At birth, a citizen is indeed born sovereign, but by virtue of that signature by the child's parent on a certificate of birth, that sovereignty is relinquished to the government. The parent unknowingly passes control of the child's commercial existence and assets to the state. And the worst part is; millions of Americans have no clue. But there is a way to reclaim one's birthright and all the benefits that come with it. It is called "Secured Party Creditor".

Let's take Harvey, for instance. He was born in Louisiana. As is expected by law, his parents obtained a Birth Certificate, which is, in reality, a contract binding young Harvey in servitude to the state. But that birth certificate also comes with some assets. It is a form of share, held jointly by the United States and citizen Harvey. A term known as the STRAWMAN is used to explain this. We'll get back to that. Harvey grows into an adult and realizes he doesn't exactly have full control of his life. He decides he wants to be free and truly sovereign. The answer? Secured Party Creditor.

Why is this Important?

How it all Began

Man is a free "animal" by nature. His inalienable rights are a part of his biological and psychological makeup. To deny man his civil liberty; including his commercial rights and total control of his assets, is to imprison him and "lock him up in a dungeon". As Joseph B. Wirthlin put it; "Some have been ensnared in the net of excessive debt. The net of interest holds them fast, requiring them to sell their time and energies to meet the demands of creditors. They surrender their freedom, becoming slaves..."

For decades, if not centuries, there has been the struggle by man to attain this freedom. The earliest forms of Secured Party Creditor practices have traces in the Posse Comitatus and Redemption movements that became popular in the late 20th century. But those movements, although with the right intentions, lacked the proper foundation and leadership to evolve into what it should've become.

The belief that the government (the American government) is a corporation has always been held by a few people for a long time. In fact, certain legal documents and judicial precedents have confirmed this narrative. In Van Brocklin vs the State of Tennessee (1886), the Supreme Court averred; "the United States is a government and consequently a body politik, and corporate, capable of attaining the objects for which it was created, by the means which are necessary for their attainment. This great corporation was ordained and established by the American people…"

Being corporations and having STRAWMAN Titles, the government can only interface with citizens through their own STRAWMAN; that fictitious legal capacity they created through your birth certificate, for which your name is entered in Upper Case as it is with other STRAWMAN Titles in both the Federal, State and Local Governments. So, what most Americans have is what can be called a handicapped sovereign citizenship. And they are unaware of this, just as they are unaware of the STRAWMAN legal fiction created alongside this citizenship.

This ens legis; a false lien created by the American government, and perhaps several others across the globe, is just a way of keeping control of everyone's commercial being; and having a say in how a citizen's life is run. News Flash: it is legal. It is legal because the doctrine of parity forbids the use of human beings as slaves, so instead, a fictitious entity is created in place of a human being with which they can fraudulently, albeit legally, steal people's birthrights.

Birth Certificate and the UCC

At birth, the child's parent signs the certificate of birth, unknowingly handing over control of the commercial aspect of that child to the state. The state, being indebted and obligated to the federal government, forwards that certificate to Washington D.C., precisely the Department of Commerce (DOC). Once registered with the DOC, the government establishes a secured interest on it. The Department of Treasury is the next point of call. The birth certificate is received at the Treasury, and a Uniform Commercial Code (UCC) Contract Trust Account is opened for the fictitious corporate entity (Strawman) represented by the birth certificate.

This UCC Trust account is just like a bank account, except that the "owner" has no idea it exists. A 9-digit number is assigned to the account, thus becoming the Strawman's serial number. Once filed, the birth certificate is taken to the Federal Reserve and is converted to a $1 million bond. This bond is then credited to the "owner's" UCC Trust Account at the Treasury. This deposited bond is supposed to be meant for the individual's needs; education, commodities, and other necessities. But it never works that way; no one is ever able to withdraw from the account the same way you do from a bank.

What happens next? The Social Security Administration takes charge of the account for the child's STRAWMAN, without actually ever spending a penny on the child. Years later, the fund is debited from the account and invested elsewhere to produce interest for the government. Instead of enjoying what is rightfully hers, the child is subjected to several obligations like taxes, just to service that debt created by that account and provide interests for the said government. That is how it works.

Over the years, several researchers came about this conspiracy and have devised ways to break free from it and attain true commercial liberty, legally. Realizing this slave and master relationship is not enough; doing something about it is more important. To undo what has been done, one has to revisit how it all came about in the first place- and that is the birth certificate signed by the child's parent, granting right of property to the government and enslaving the child in the process. It is a Cause and Effect relationship, and to reverse it, positions must be switched.

Pay attention to this; you can convert the enslaved child (which is the effect) into the cause (which is the signature contract), and at the same time convert that birth certificate contract to an effect.  So the individual becomes the new contract through a signature, and the birth certificate which was the contract becomes the property. This grants the individual 100% control over his life and total control of his worth as well. How can this be achieved? It's actually simple! It is the Secured Party Filing. This is what qualifies you to become a Secured Party Creditor.

Who exactly is a Secured Party Creditor?

A Secured Party Creditor (SPC) is someone who has gone ahead to void and terminate all contracts that make her a United States citizen, especially with regards to a birth certificate, or in some cases, certificate of citizenship or a green card. The terminated contract is then replaced with the status of "Private Citizen". As a Private Citizen, the individual takes control of her Legal Name Trust- the one previously held by the state by virtue of the birth certificate.

How to become a Secured Party Creditor

The basic way to become a Secured Party Creditor is to do a UCC Filing. This takes a number of processes. You do this by obtaining a Financing Statement (UCC-1) form, following the instructions therein and recording it with the secretary of state's office in the state of principal residence. However, to be knowledgeable enough to defend this new status, it is advised that any individual who wishes to become a Secured Party get some training here. 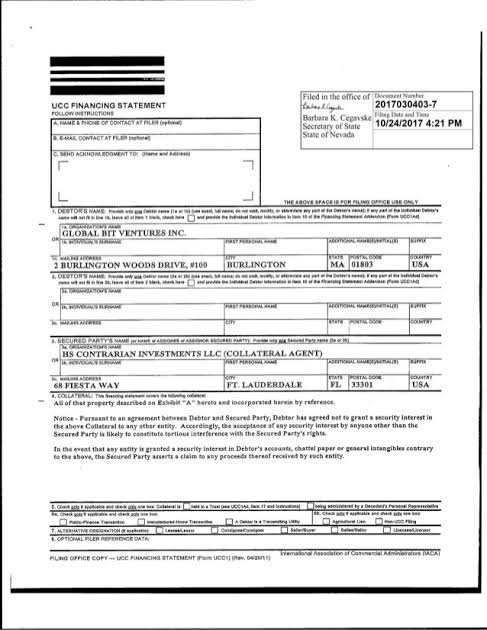 To become a free, sovereign, secured party creditor, one must;

1. Convert their legal name trust into a private entity.
2. Record the necessary UCC filing which is a minimum of 33 pages.
3. Open a Treasury Direct Account in order to rid the Secretary of Treasury of the right to maintaining the status as Receiver and Administrator of one's accounts, thus taking jurisdiction. The individual must also create a mandatory discharge fiduciary contract with the Treasury office.
4. Receive consent from the necessary offices such as the Secretary of State, IRS, and the Federal Government, stating that one has gained control and has prima facie judicial position of sovereignty in the face of the court.

By becoming a Secured Party Creditor, you do not only become free from unscrupulous debts, but you also move from being just a citizen to becoming a Private Citizen, American National and a State Citizen simultaneously.

As a Secured Party, the individual has total control of his life and is no longer enslaved under the former UCC contract where they unknowingly served as guarantor of the fictitious corporation (Strawman) created by the government. The citizen attains full sovereignty. The following benefits follow; 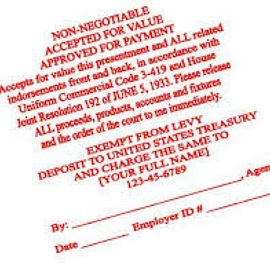 There are several other benefits for anyone who decides to become a Secured Party Creditor. In the first place, that is the way things should be- the natural order- before the government decided to alter the cause of nature. But it's important to do it RIGHT! Armed with the necessary knowledge and skills, the individual will be able to live a truly debt-free and sovereign life. Want the training? Get Started Today!